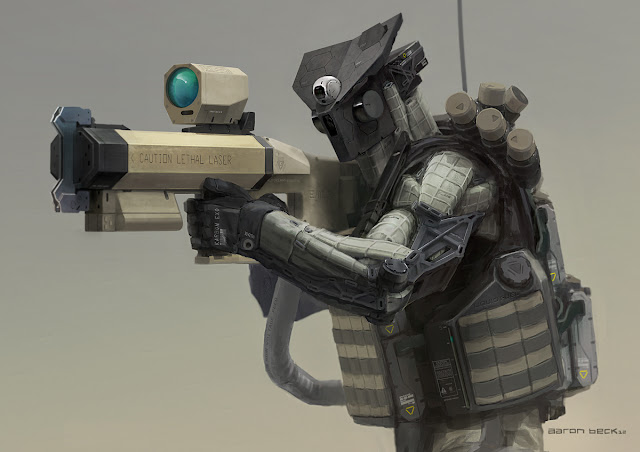 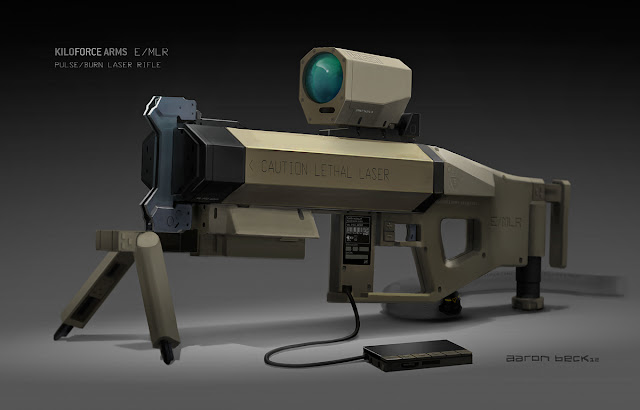 The laser weapon itself is a pulse or burn type, so it can be effective against soft and hard targets. The rear leg is servo driven so the gun can be placed on the ground or suitable surface, and controlled with the detachable interface. The high powered camera sight, in coordination with the stabilised beam emitter means that multiple targets can be tracked and targeted, and all destroyed with the push of a button. I wanted to design a 'functional' laser weapon, that uses the unique properties of beam weapons to its advantage, and looks like a laser, ie: a big cylinder.
Posted by Aaron Beck at 6:23 PM