Keloid II has been released! Those insane talents at BLR VFX in Spain have done it again, check it out:

Greg Broadmore and I were fortunate enough to collaborate with JJ and his team, and produce some new designs for the short. Here's some of my work: 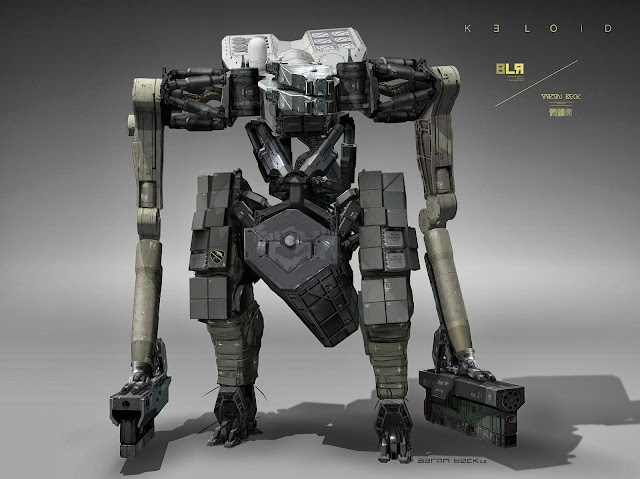 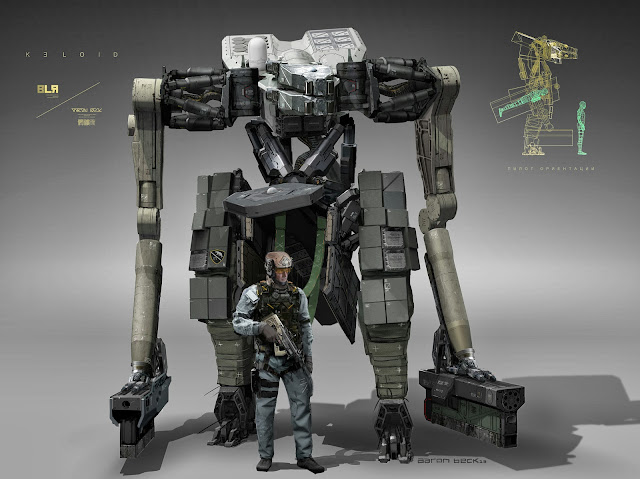 BLR wanted a large mech unit with a human pilot, and I wanted to design something a little different with such a fun but familiar brief. With other autonomous robots running around it didn't make sense to have the pilot sitting in a traditional cockpit or controlling the mech with their limb movement. So I put the pilot in a low slung tank, where they would be ensconced in inflatable padding, and controlling the unit through a neural interface and display screens. This would allow super fast entry and egress for the pilot, and would look pretty creepy too. 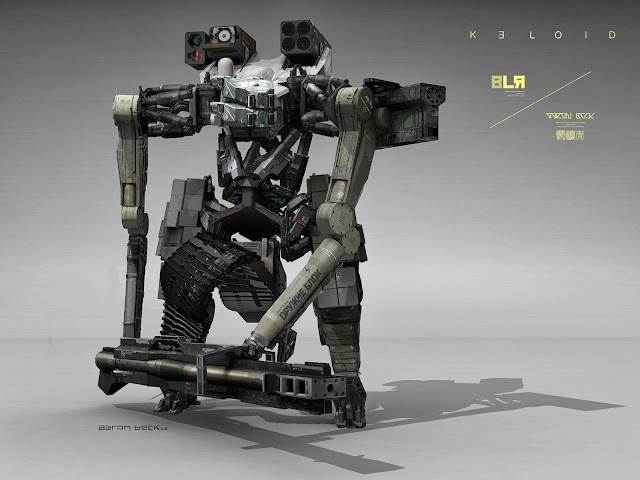 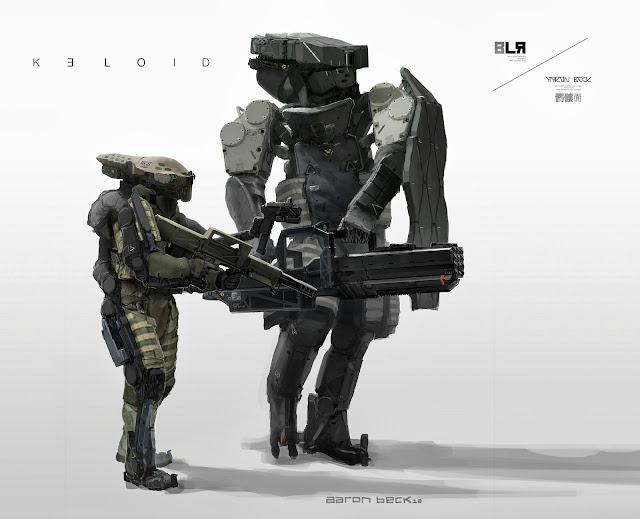 BLR were also after a larger version of the original Keloid robot, and a human soldier with exo-skeletal gear and armour.

Here are some renders of the final models, and some screen grabs from the video: 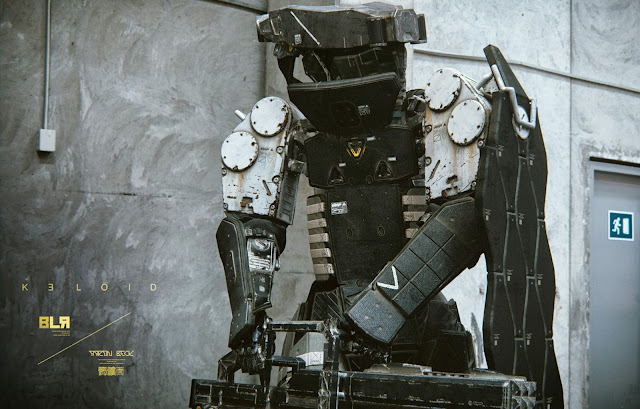 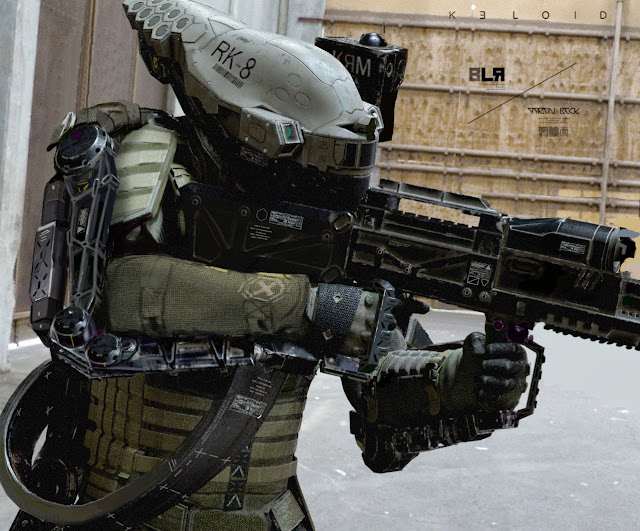 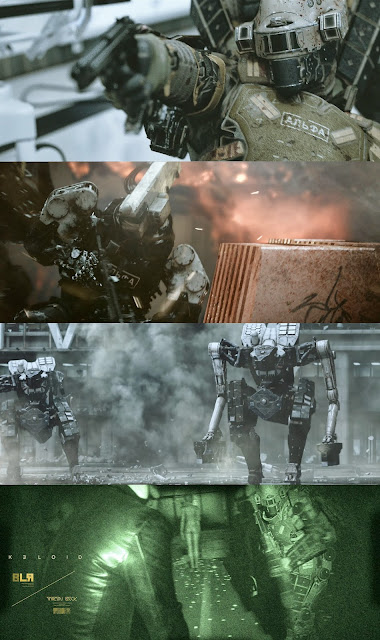